Westboro Baptist Church Get Really Pissed Off by Brick Stone

Brick Stone (comic Dave Sirus) finally catches up with the WBC in Malibu.

The Westboro Baptist Church, known for protesting the funerals of children and soldiers with signs reading "God Hates Fags" and "Jews Killed Jesus" went to the Malibu Presbyterian Church and Our Lady of Malibu Catholic Church the morning of Feb. 24th 2013, and Brick was there to ruin their day. 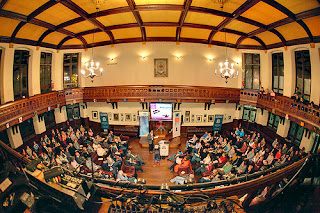 Is Religion compatible with 21st Century life? How can it be made to fit with modern laws and values? Even if it might be compatible, does it actually do more harm than good?

29:42 Prof. Richard Dawkins - A distinguished evoultionary biologist and ardent critic of religion, Dawkins is also Vice-President of the British Humanist Association and author of The God Delusion and The Selfish Gene.

1:10:30 Arif Ahmed - Senior Lecturer in the Faculty of Philosophy at the University of Cambridge since October 2011.

OPPOSITION:
13:33 Rowan Williams - Outgoing Archbishop of Canterbury and now the Master of Magdalene College, Rowan Williams studied Theology at Cambridge and has written inumerable books on the subject of Christianity.

42:28 Prof. Tariq Ramadan - Known as 'The Muslim Martin Luther', Ramadan is a renowned writer and Professor of Islamic Studies at the University of Oxford. He is also President of the European Muslim Network.

1:22:25 Douglas Murray - Associate Director of the Henry Jackson Society and founder of the Centre for Social Cohesion, Murray is also a commentator on issues of religion, immigration and extremism.