To Whomever It May Concern: 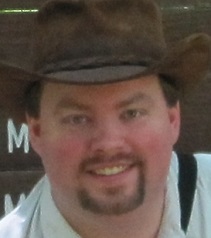 To Whomever It May Concern:

When you ask me to respect religion because people believe in it, I want you to remember something. I want you to remember that long ago your ancestors were not Christian or Muslim. They had their own culture and customs native to their heritage. Through military conquest religion spread itself through the Old World, and those distant relatives were faced with a choice: either accept Christianity/Islam or die a painful death. This was how most major religions today achieved their position of respect.

After Europe had been fully indoctrinated, the papal Doctrine of Discovery gave the authority to all good Christians to conquer the native peoples of the New World and claim that land for God and the Church. Millions died mercilessly and were even tortured by Christian heroes like Christopher Columbus.

Now, thousands of years later, when we no longer have to respect these beliefs upon pain of death, we are told that we should respect religion. We are told by those within even the non religious community that we should show respect to these ideas that have gained a place of vaunted privilege in our societies which are built upon the graves of any who dared question or challenge the authority of divine providence.

Please, stop protecting religion in the guise of false humility. Be honest and firm with your beliefs and never expect anyone to respect your ideas unless they earn it, and always be willing to be wrong. That is what it means to be a free thinker.