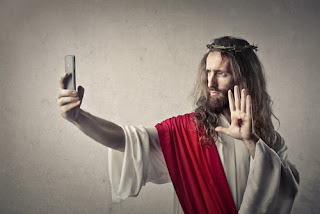 Religion is one of the most enduringly powerful forces on earth.  Two of the most influential, both today and in the past, Christianity and Islam, believe that Jesus Christ played a pivotal role in both faiths.

Whether or not we believe in the existence and life of Christ as a matter of faith most people are prepared to accept that Jesus was a real and verifiable historical figure; that he was born, lived and died in Judea between around 4BC and 33AD.  This has been repeated so many times that most people do not ever think to challenge it but should they?  Did a man called Jesus, son of Mary (and adoptive son of Joseph) walk the paths of Judea or was he merely a figment of imagination?  A group of stories and myths pulled together by a range of cynical individuals for a particular purpose?

If you are a Christian, of course, the existence of Christ is a matter of faith but should non-Christians believe in Jesus so readily?  Here are our top 10 reasons to claim that Jesus never existed.

Read More at
http://www.listland.com/top-10-reasons-jesus-christ-never-existed/
Posted by JD at 03:13