An Example of Why Mother Teresa was no Saint! 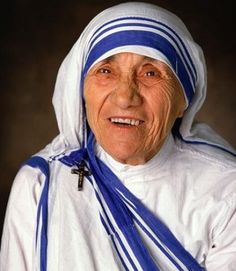 "Mother Teresa once wrote a judge pleading leniency for swindler Chuck Keating, who defrauded thousands of people for $250 million. Keating gave Mother Teresa $1.25 million of the loot. When a prosecutor wrote to inform her the money was stolen and that she should return it, she gave no reply. Ever." - _Epic_Beard_Man_ on Reddit

First lets take a look at the letter sent by Mother Teresa. 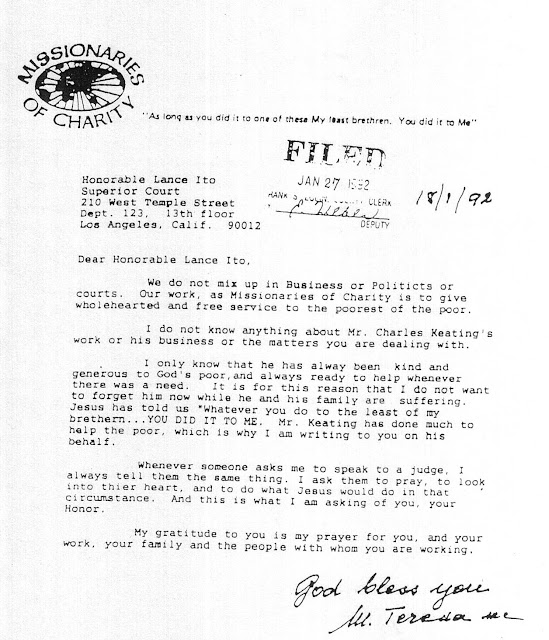 And now the replies from Paul W. Turley the Deputy District Attorney 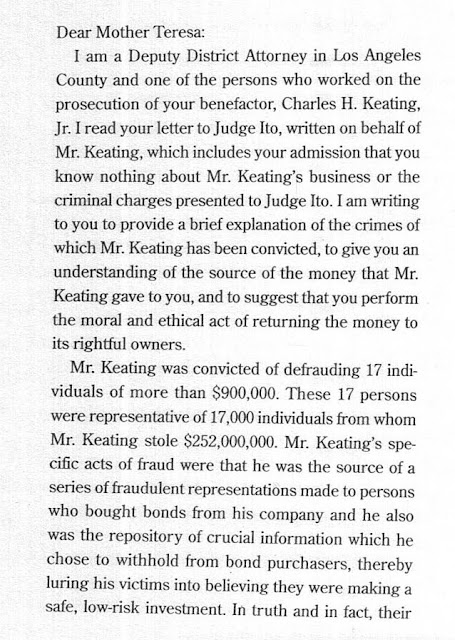 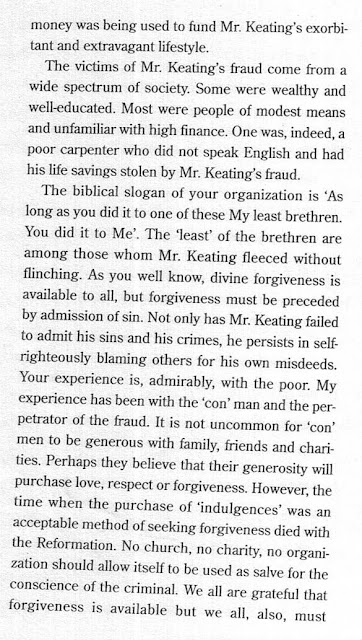 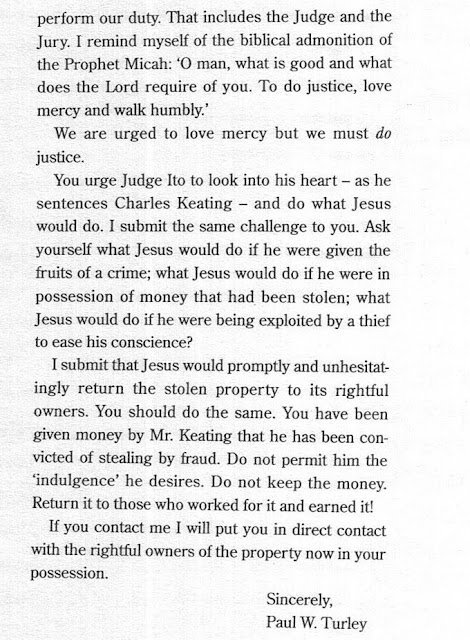 After reading that, do you really still believe that Mother Teresa deserves to be a Saint?