Email ThisBlogThis!Share to TwitterShare to FacebookShare to Pinterest
Labels: Christianity 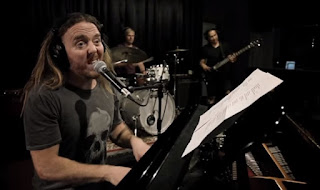 Bertrand Russell's Message to the Future 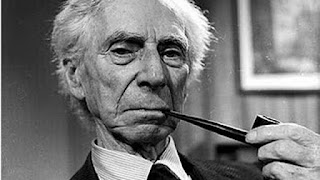 Interview of Bertrand Russell (1872-1970), British philosopher and mathematician and Nobel laureate, on BBC's Face to Face (1959)

One last question: Suppose, Lord Russell, that this film will be looked at by our descendants, like the Dead Sea scroll, in a thousand years' time. What would you think it's worth telling that generation about the life you've lived and the lessons you've learned from it?

I should like to say two things, one intellectual and one moral. The intellectual thing I should want to say to them is this: When you are studying any matter, or considering any philosophy, ask yourself only what are the facts and what is the truth that the facts bear out. Never let yourself be diverted either by what you wish to believe, or by what you think would have beneficent social effects if it were believed, but look only, and solely, at what are the facts. That is the intellectual thing that I should wish to say.

The moral thing I should wish to say to them is very simple. I should say love is wise; hatred is foolish. In this world, which is getting more closely and closely interconnected, we have to learn to tolerate each other. We have to learn to put up with the fact that some people say things that we don't like. We can only live together in that way; if we are to live together and not die together, we must learn a kind of charity and a kind of tolerance which is absolutely vital to the continuation of human life on this planet. 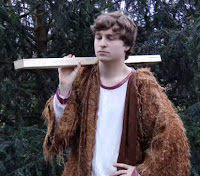 My biblically inclined friends have since told me that The Lord specified he would only destroy the creatures that crawl upon the land. This simply raises the question as to what happened to all the amphibians and freshwater aquatic species. Apparently the creator of the universe spared the sharks but hates piranhas.